Scavenger hunt on the trails 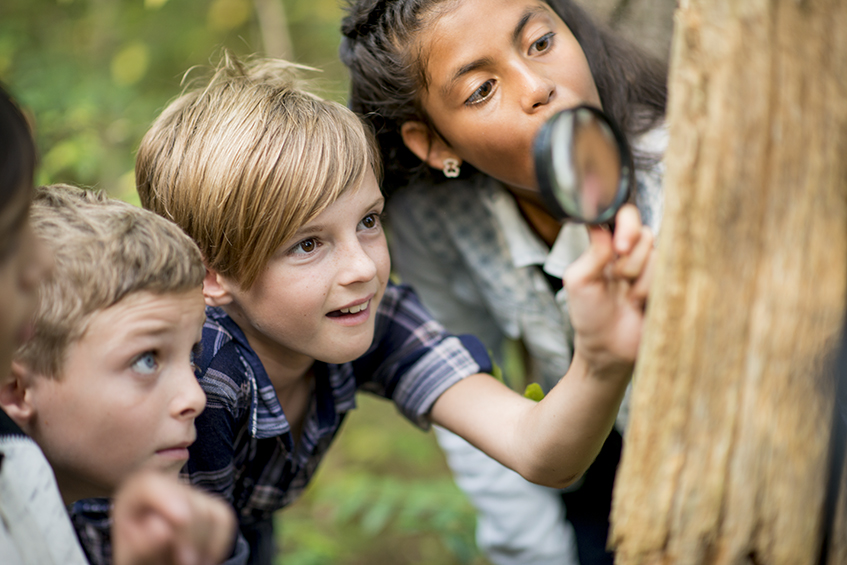 Get on the trails this summer to enjoy the natural beauty that is woven throughout Taylor Farm. Trails wind along our naturalized wetlands, which provide homes for a variety of prairie wildlife while creating serene settings where residents can slow down to escape the bustle of the city.

The trails in Taylor Farm are designed to promote pedestrian connectivity among homes, parks and other destinations. This gives residents the opportunity to walk or cycle around their community rather than taking a vehicle.

Active living has many benefits and walking for 30 minutes a day can improve blood pressure, decrease joint and muscle pain, as well as reduce the risk of heart disease and stroke. However, the trick to maintaining a healthy lifestyle is making it a part of your everyday routine.

In the spirit of maintaining a fun and healthy lifestyle for you and your family, take a walk on the trails this summer to see if you can spot these plants, animals and insects: 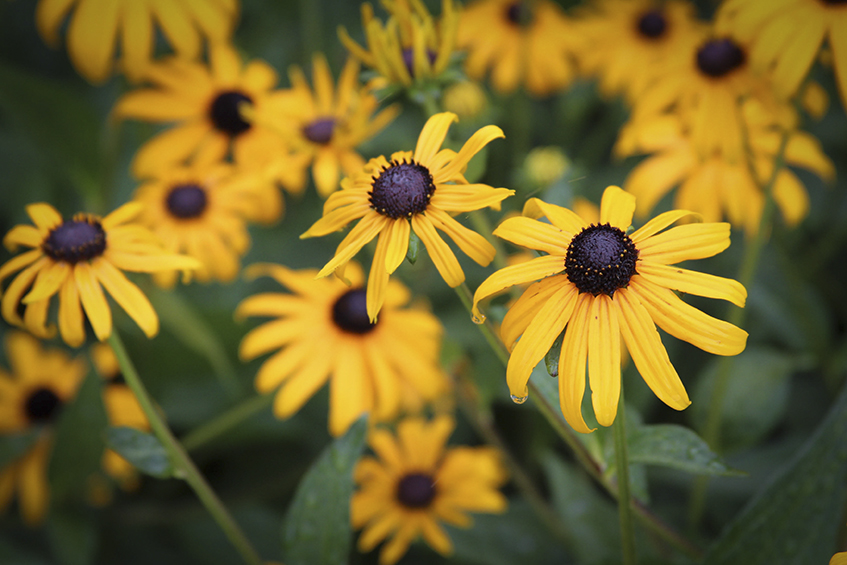 This wildflower blooms from June to October with beautifully bright yellow petals. It attracts bees, butterflies and beetles that feed on its nectar and pollen. Black-eyed Susans have hairy leaves that have adapted to retain water and a purplish green stem that can be found in clumps of one to four. Black-eyed Susans also produce seeds that provide birds with food over the winter. 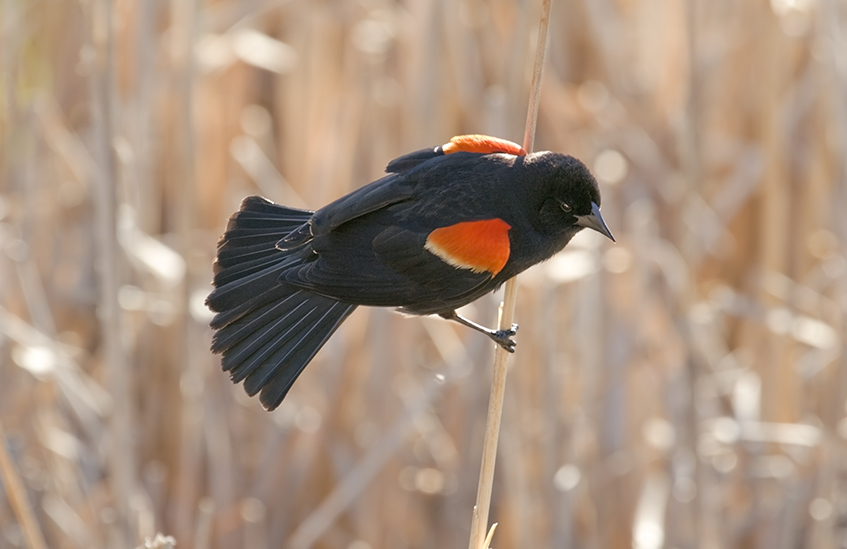 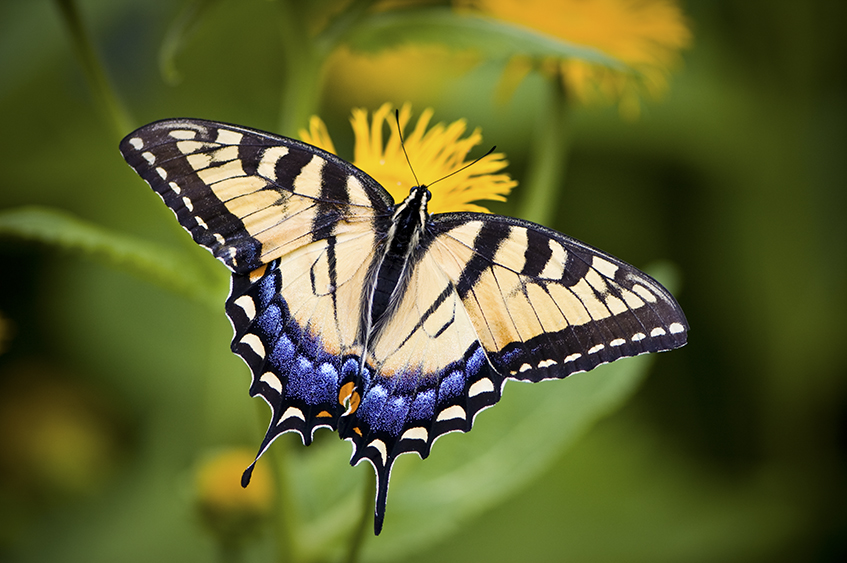 Swallowtail butterflies are quite large and have wingspans that can reach up to 10 cm. They are often yellow or black with spots and are known for the tail-like shape on their hind wings. They are also known to display veins of white, orange, metallic blue or dark brown. There are six species of swallowtail that have been found in Manitoba but only four sub-species stay year-round. 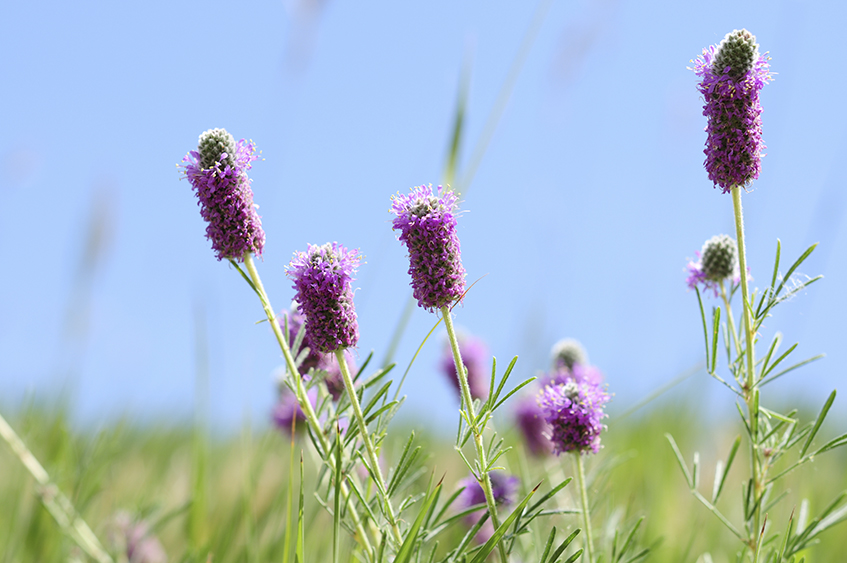 Purple prairie-clovers have a cone-like head that blooms from June to September. Their tiny flowers have no noticeable scent but they are often visited by bees and butterflies for their nectar. These wildflowers add valuable nitrogen back into soil and have deep roots systems to help them survive droughts. Purple prairie-clovers also provide protein for small mammals who eat them. 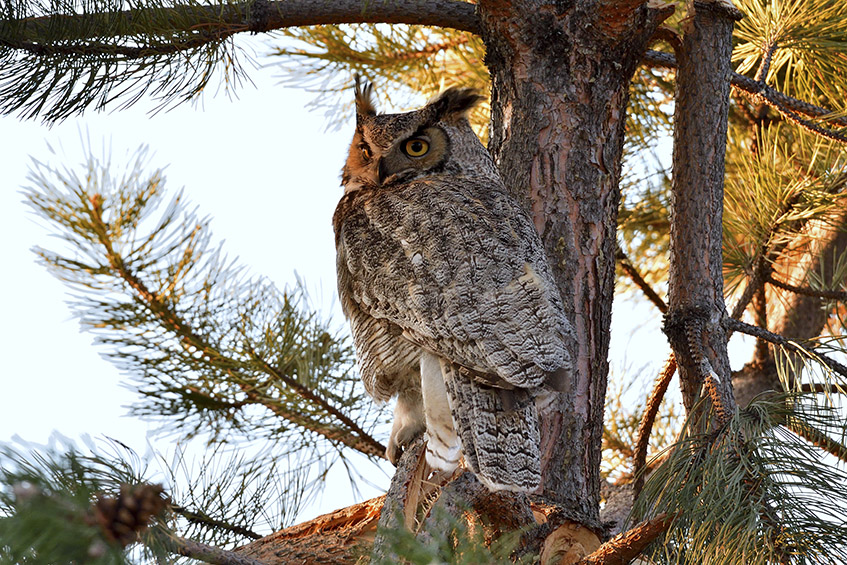 The great horned owl is a powerful predator with long ear-like tuffs on its round head, a deep hooting voice and yellow eyes. It can take down larger predators such as osprey and falcons but prefers to hunt small rodents and frogs. Great horned owls are mottled gray-brown, with reddish brown faces and have a white patch on their throat. Their song is a deep, stuttering series of four to five hoots. 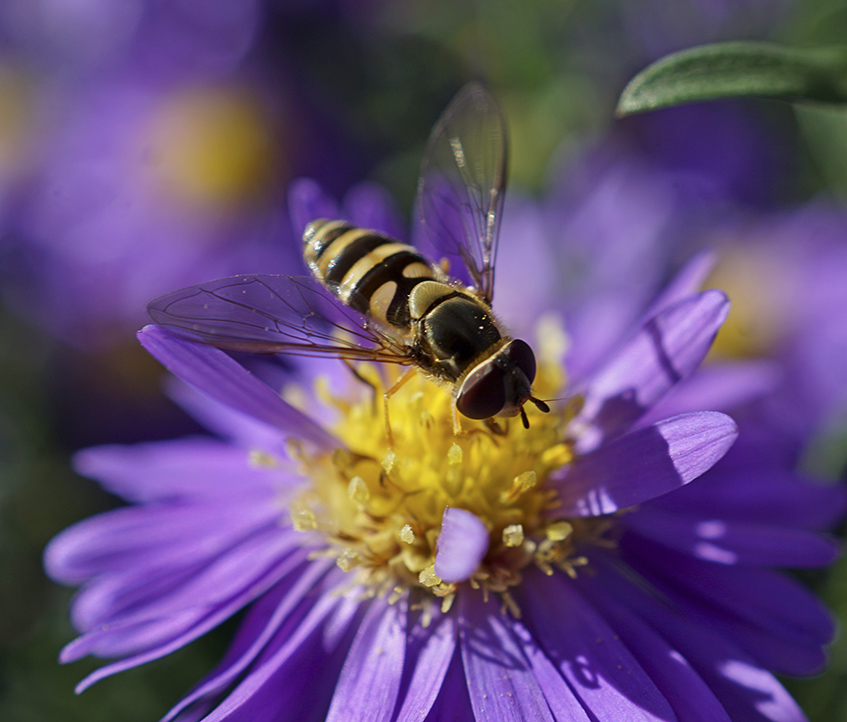 Although harmless, flower flies resemble bees and wasps with their yellow, orange and black markings to avoid predators. These insects can grow anywhere from four to 25 mm in length and are one of the most important pollinators for prairie plants and wildflowers. Adult flower flies frequently hover in mid-air to feed on nectar and pollen. 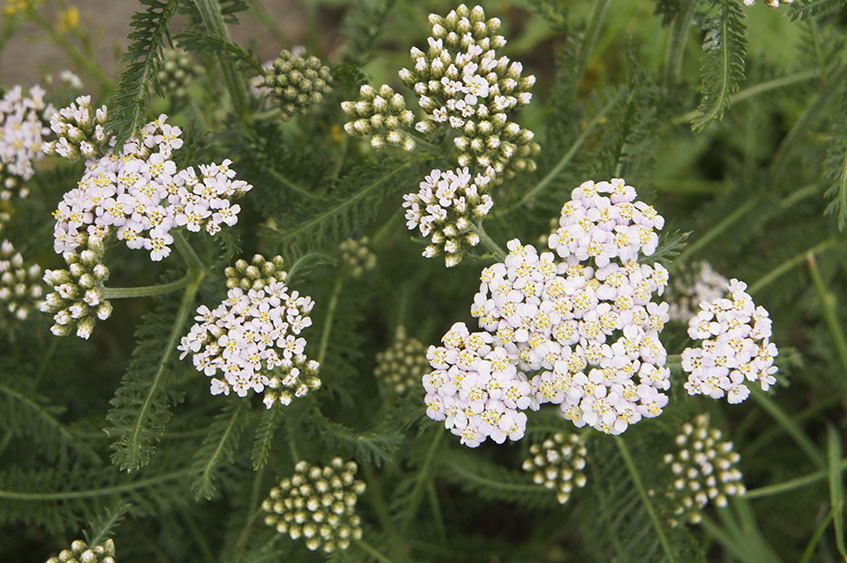 Common yarrow has multiple small white flowers that cluster into a dome-like shape while its leaves have a feathery appearance. This wildflower blooms from June to August and attracts butterflies, wasps, flies and bees. Most mammals find this plant unappealing due to its bitter taste but it has been used by Indigenous people for medicinal purposes. 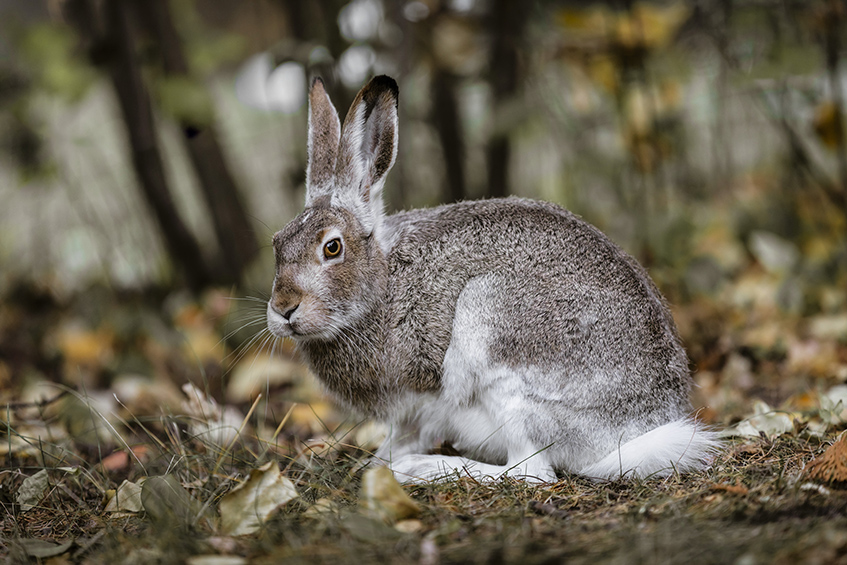 Despite the white-tailed jackrabbit’s name it is more closely related to hares than to rabbits. It is distinguished from true rabbits by its massive size, longer ears and larger feet. Like most mammals, the white-tailed jackrabbit is nocturnal and forages for food primarily from dusk to dawn. During the day they rest in burrows that are usually hidden beneath plants. If you’re lucky, you may spot their pathways caused from regular travel when searching for food. In the winter these dens are replaced by cave-like structures that connect to tunnels. 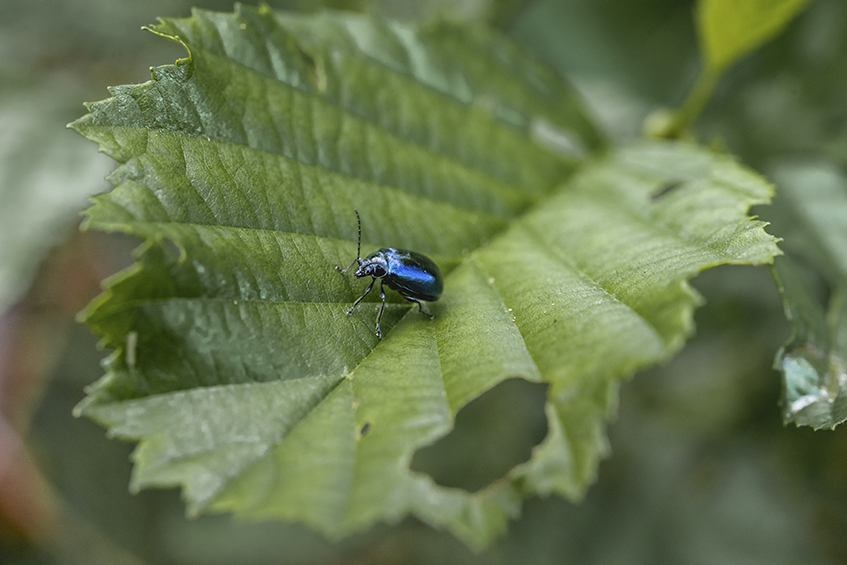 There are many types of leaf beetles and they come in a variety of colours. Their colours range from bright metallics, solid colours to bold patterns such as stripes and spots. Leaf beetles can grow up to 16 mm in length and have thousands of tiny bristles to help them climb plants. Some leaf beetles can also store plant chemicals in their body to make them poisonous to predators. Leaf beetles are sometimes used to control invasive weeds as well. 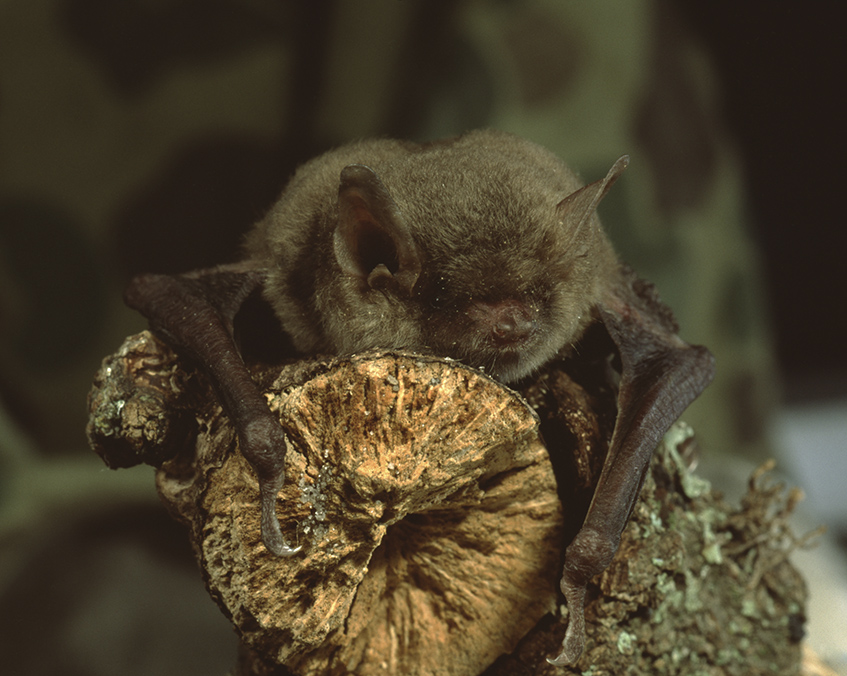 Little brown bats have a wingspan of 22-27cm and feed on a variety of small flying insects using echolocation. Contrary to the saying “blind as a bat,” little brown bats have excellent vision. Although they use echolocation to catch their prey, they also use visual cues - especially when they are migrating over long distances. They find roosts where they can avoid predators such as raccoons, owls and hawks. Little brown bats form a strong attachment to their maternity roosts and will often return to the same site each year.

When you’re on the trails this summer, whether you’re walking, jogging or biking, be sure to keep a watchful eye for these critters and plants. We’d also like to see what you find in Taylor Farm! Take photos and tag us with the social media links below.